Home>LifeStyle>What is Dirilis Ertugrul and why does Imran Khan want Pakistanis to watch it?

Nowadays most famous drama serial is on the top of ranking in Pakistan and around the world “Dirilis Ertugrul”. It is based on true story of Oghuz Turks fighting with Mongols, Christian Byzantines and Templar Crusaders in Anatolia (which is known as Turkey) of this century.

Ertugrul is the father of Osman. He made one of the most greatest empires foundation by challenging west. Ertugrul tribe name was kayi tribe with 400 tents only when he started making foundation and fight against Mongols, Christian. After Sultan Aleaddin was poisoned by Sadettin Kopek, he revolted against Kopek’s government, and proclaimed his own State, the City of Sogut its capitol. He loves his wife and its love and respect is very know. He had four sons with Halime Sultan, and he died at 90 years old. The last ten years of his life were spent quietly in his tribe, when due to the old age, he transferred all his responsibilities to his youngest son Osman.

Why Does Imran Khan Want Pakistanis to Watch it?

It is really very amazing that Pakistan’s Prime minister Imran Khan insisting people watch all five seasons of this Turkish Tv Show and also insist on dubbed all these seasons in national language Urdu so that general people can watch and easily understand it.

The reason to launch this dirilis:ertugrul Series in Pakistan is a meeting between three countries Presidents (Imran khan Pakistani President, Turkish President Tayyip Erdogan and Malaysian Prime Minister Mahathir Mohammad at UNGA. They think to start a english channel to decrease the problems of Islamophobia and the misconception about the ISLAM and Muslims at the worldwide level was proposed by these three leaders.

According to Imran Khan Prime Minister Pakistan by watching the show youth will learn about Islamic history, ethics, and how people struggle for ISLAM.

Besides all other third cultures like Bollywood, Hollywood and others’s I want our children and youth to know about the difference in our culture. It also has romance, history…,” he said. “[The show] has Islamic values.”

As PM said you look at Bollywood today it is vulgar as well as Hollywood. This give bad impact on our children and kids. It also promotes the drug culture, this is why the sex crimes also rise.

He was one of the greatest and most renown warriors in Turkish history, a blood-brother to Ertugrul and his best follower and supporter, a very smart and capable man.He lived an unusually long life, even for our time. He outlived Erugrul Bey by 35 years, and he was killed in a battle, with his legendary battle-axe in his hand aged 125 years old! After Ertugrul passed away, Turgut become the main support to Osman, and when Osman established his Sultanate he rewarded Turgut with the highest position, as a Governor of the new State. 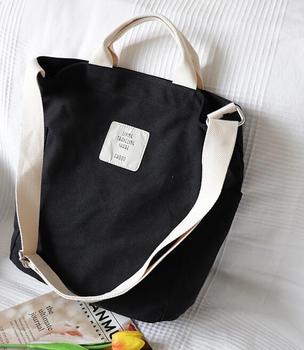